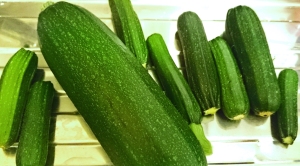 Another couple of crops reached the end of their seasons today: courgettes and pulses.

We grew two varieties of courgette this year. The rather fancy ‘Tuscany’ produces smooth uniformly straight courgettes which have a fine flavour.  The other was a cheap plant from Asda/Wal-Mart, with no variety specified in the label. 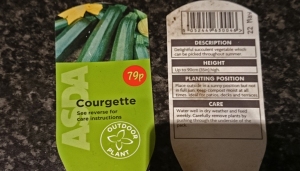 No name but very prolific

This was hugely prolific, giving us a proper glut at one stage and producing quite a few giant specimens. That’s a nice problem to have but I’m not 100% sure they were as nice as the Tuscany; the fruit being quite bristly and not quite as refined as its Italian cousin. 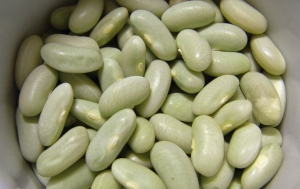 Meanwhile I cut down the dwarf french bean plants which had occupied a small bed since May.  Of the three varieties, Spagna Bianco produced most, but I love the pale green-blue colour of the tiny flageolet beans.  All are now either drying, frozen or waiting to be eaten fresh next week.

a blog about food...